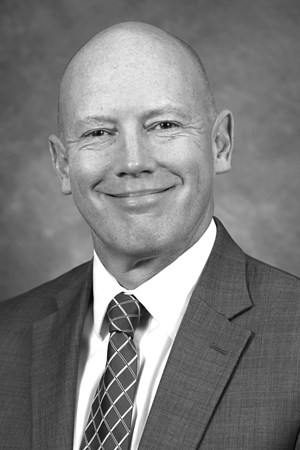 Derrick Jones is Executive Vice President for Truxton Trust. He joined Truxton Trust during its initial organization in 2004 and was responsible for all strategic and executional matters associated with Wealth Management for 18 years. He currently serves as counsel to the Wealth Management team and is responsible for Corporate Development specifically strategy, recruiting, training, and business development. Prior to Truxton Trust, Mr. Jones served as a Senior Vice President, Fiduciary Services Manager for SunTrust Bank, where he managed the largest trust and estate department in Tennessee. His prior positions with SunTrust included Regional Wealth Management and Trust Executive in both Northeast and Southeast Georgia.

Mr. Jones earned his Bachelor of Arts in business and finance from St. Leo College, where he graduated magna cum laude. He earned his Doctor of Jurisprudence from the University of Alabama, where he received the W.T. Goodloe Rutland Endowed Scholarship and was Junior Editor of the Law & Psychology Review. Previously an adjunct professor at Belmont University, he is a Certified Trust and Financial Advisor. Mr. Jones served six years in the Naval Submarine Service and is a member of the Alabama State Bar, the Estate Planning Councils of Middle Tennessee and Birmingham, Alabama, and the University of Alabama Planned Giving Advisory Council. He is also a past Chairman of the Tennessee Bankers Association Trust Committee.