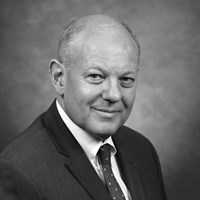 What Does Truxton Have To Do With Truxtun?

What does Truxton have to do with Truxtun?  It’s all about a ship and a hero and a horse. Let’s go back 230 years.  The United States had a minimal navy in the Revolution and had disbanded even that after Yorktown.  But the US was a maritime nation; our economy depended on merchant shipping.  America’s ships were vulnerable to pirates and hostile nations.  In 1794, after Barbary Pirates from Algiers captured eleven US merchantmen in the Mediterranean, the Congress authorized funds to build six frigates and pay their crews; the founding act of the US Navy.

The first of the frigates ready to sail was the Constellation, built in Baltimore and captained by one Thomas Truxtun, a Long Island native who’d been a merchant sailor since he was a child. Truxtun was an intellectual among his peers having written a book on celestial navigation.  He’d sailed the world, captaining merchantmen around Cape Horn to the Dutch East Indies and China.

When France started harassing US shipping after the French Revolution, Truxtun sailed down to the Caribbean where he promptly defeated and captured a French frigate, L’Insugente, and bested another La Vengeance. American’s longed for a military hero and Truxtun fit the bill.  He became a huge celebrity for a time.  Towns were named for him, and he received the Congressional Gold Medal.

Down in Virginia, soon after the defeat of the French ships, a breeder named a fine bay stallion for the estimable Commodore. Tennessee horseman Andrew Jackson bought Truxton (as his name is usually spelled) in 1805.  The horse’s exploits on turf made him as famous as his namesake.   Jackson won thousands betting on Truxton against the best in the region.  A dispute that arose after Truxton’s defeat of Ploughboy resulted in the celebrated duel in which Jackson killed Charles Dickinson.

Amazingly, there exists a letter proving that Commodore Truxtun knew about thoroughbred Truxton.  Truxtun’s friend Aaron Burr, the former Vice President and duelist killer of Alexander Hamilton, began his controversial foray to the western frontier shortly after Jefferson’s second term began in 1805.  He wrote to his friend,

“Who would have thought that Naval Talents were in such estimation 600 miles from salt water?  General Jackson, who is the owner of this celebrated quadruped, is one of the most distinguished men in the state.  He says that the Commodore stands unrivalled at sea, so is the horse Truxton on land, and that should he ever be beaten he will change his name.”

No horse ever beat Truxton while Jackson owned him.  The horse links Jackson, the greatest Tennessean, with Hamilton, America’s first great banker.  Here at Truxton Trust, we loved that connection and we just liked how the name sounded. Solid, a bit heroic.  Like us.