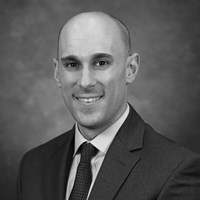 It is almost September, and the preseason hype is peaking in many college football towns across the country – arguably none to a greater extent than State College, Pennsylvania, home to my beloved Penn State Nittany Lions.  This football season appears promising, thanks to talented roster additions, a favorable home-away schedule, and many compelling matchups.  However, I have said that before, only to have my heart broken by week five or six with a stinging loss and national title hopes dashed.  As you can imagine, I receive little compassion in SEC country.  Oh well, it is just a game.

Like sports and gambling, some may say investing in the stock market is a game.   Each complete with triumphs, setbacks and learning experiences.  Despite the increased “gamification” of investing for retail investors through applications such as Robinhood, we do not consider long-term investing a game.  Investment decisions and results affect livelihoods.  Success in the stock market is not determined at the end of a 60-minute clock or whether you decide to “hit” a blackjack hand totaling 16, but rather over the course of one’s lifetime.  The highest probability of success in the stock market is long-term investing through a diversified portfolio.  And yet, too often the excitement of getting some early season wins is too strong.

Numerous S&P 500 studies have concluded the likelihood of negative returns decreases as the investing time period increases.  We all know the stock market can finish higher, lower or unchanged on any given day.  One recent Bank of America study showed there is a 46% chance for that “lower” scenario to materialize – not good odds for those day traders.  On the other hand, the probability of negative returns over a 10-year time horizon drops to just 6%, which we attribute to companies’ ability to adapt, innovate, and grow earnings over the long-term.   The study reinforces the importance for long-term investors to avoid making knee-jerk reactions in portfolios in times of temporary market stress.  And with those odds, why play a short game?

It has not been easy to block out the noise and focus on the long-term game this year.   The S&P 500 had its worst first half of the year in about 50 years and remains down 16% for 2022 at the time of this writing.  The market’s nemesis: inflation and the Federal Reserve’s actions to tame it.  While July’s Consumer Price Index (CPI), which gauges what consumers pay for goods and services, ticked lower to 8.5% from the prior month’s 9.1% reading, which was the highest reading in roughly 40 years, it remains well above the Fed’s target inflation rate.  As such, we believe the Fed will continue raising interest rates in the intermediate term, which could place downward pressure on financial asset valuations and reduce the demand for money in the economy.

Those possible repercussions have not been lost on investors, as the market has been slowly, albeit painfully, discounting the higher interest rate environment.  Indeed, the S&P 500’s 12-month forward P/E (price to earnings) multiple has declined to 17.5x, a mark generally in line with the long-term average, from 21.5x at the start of the year.

Investors believe the Fed will likely succeed in its inflation fight.  In fact, five-year Treasury Inflation-Protected Securities (TIPS) are discounting inflation of roughly 2.7% over the concurrent period, much more consistent with the Federal Reserve’s long-term target.  As we have stated in the past, helping this forecast are the disinflationary forces in our society, including an aging population, which tends to place a governor on long-term economic growth (and inflation), technology-driven efficiencies and the government’s hefty debt position and related servicing requirements, which are naturally deflationary.

Figure 2:  The market expects inflation to decline to a level more consistent with the Federal Reserve’s target, as implied by the breakeven rate on 5-year TIPS

We do not know how much pain (recession?) the market will need to endure before inflation reaches the Fed’s target objective.  It could take some time and more volatility.  That said, Truxton has not been sitting idle on the sidelines waiting for things to “shake out.”  Over the past several months, we have decreased our tactical weighting to developed international and emerging market stocks to limit our geopolitical exposure.  We redirected proceeds to high quality U.S. equities we believe represent durable businesses that possess pricing power and steady demand for products and services.  Despite the price volatility this year, we believe the fundamental stories of our portfolio companies remain intact, and the increased weighting will improve the long-term risk/return scenario for our clients’ entire portfolio.

It is best to keep investment emotions anchored to one’s long-term investment plan, which rarely warrants changes based on short-term market movement.   History has told us the stock market has bounced back following volatile periods.  We like those long-term odds.   And as for this year’s college football season, I’ll try not to look too much into the preseason hype.

Figure 3: The S&P 500’s price performance over the past several years suggests it is best to remain invested during periods of volatility